No Value-Added Tax until 2019 in Oman 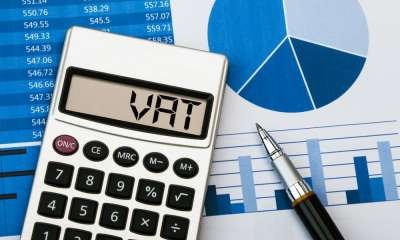 No Value-Added Tax until 2019 in Oman

Oman’s Ministry of Finance has reportedly postponed any move on Value-Added Tax (VAT) until 2019, but it will start selectively taxing some goods in mid-2018, according to the government broadcaster.
The application of the selective tax on certain products will start by the middle of 2018, according to a report on national broadcaster Oman TV, which cited ministry sources.

The products targeted for the so-called ‘sin tax’ are fizzy drinks cigarettes and energy drinks.

The delay in collecting the VAT until 2019 is expected to provide the country’s businesses with more time to prepare for it . “Basically, this (delay in implementation) will give more time for the corporate sector and people to prepare for the VAT regime,” said George Mathew, managing partner of RSM Oman. “Those companies that have not yet started the initial preparation will get more time, since it is going to be implemented in 2019,” added Mathew. Oman plans to introduce a 5 per cent VAT, along with other GCC states.

Echoing a similar view, Ashok Hariharan, partner and head of tax at KPMG Lower Gulf, said the decision was in line with an earlier expectation.

“It is really good that the government clarified on the implementation time of the VAT now. If one has to learn from the United Arab Emirates (UAE) experience, it is equally important for the government to draft the VAT law and share it with the business community, so that they can prepare themselves well in advance,” added Hariharan.

Saudi Arabia and the UAE– are set to introduce a 5 per cent VAT on January 1, 2018, while four other states – Oman, Kuwait, Bahrain and Qatar – have not yet announced a date to begin collecting the tax.

Earlier, the plan was to introduce the VAT in all GCC states simultaneously in January 2018. But that is not going to be occur , as a draft regulation on the VAT has yet to be announced by the Sultanate, and other GCC countries.

Hariharan said that the legislative process in Oman generally takes time. “However, it will be good for Oman to learn from the experience of Saudi and the UAE, which are implementing the VAT on January 1,”.

Mathew said that implementation of the VAT in various GCC countries in different years will not create problems, as far as the intra-GCC trade is concerned. Imports from the UAE and Saudi Arabia will not cost more for Omani firms during the interim period, until the Sultanate introduces the new tax.

“However, as far as the Oman government is concerned, it will enable the Sultanate to generate additional tax revenues from the VAT,” added Mathew.

The VAT is expected to generate OMR300-400 million per year for the Oman government, which is more or less equivalent to the corporate tax, noted Hariharan.

The VAT is being seen as a major source of revenue for GCC states, including Oman.

The new VAT law has to be enacted, companies have to launch VAT-friendly accounting systems, employees need to be trained, and the companies need to understand their supply chain and customers.

Large companies have already begun planning for collecting the VAT in the Sultanate, taking a cue from the neighbouring UAE.

However, the entire process will gain momentum once the government announces the new law.

The corporate sector is expected to incur the cost of building systems to introduce the VAT, which is mainly in the implementation stage.

The cost will depend on the size of the company and training its staff, which will vary from company to company.