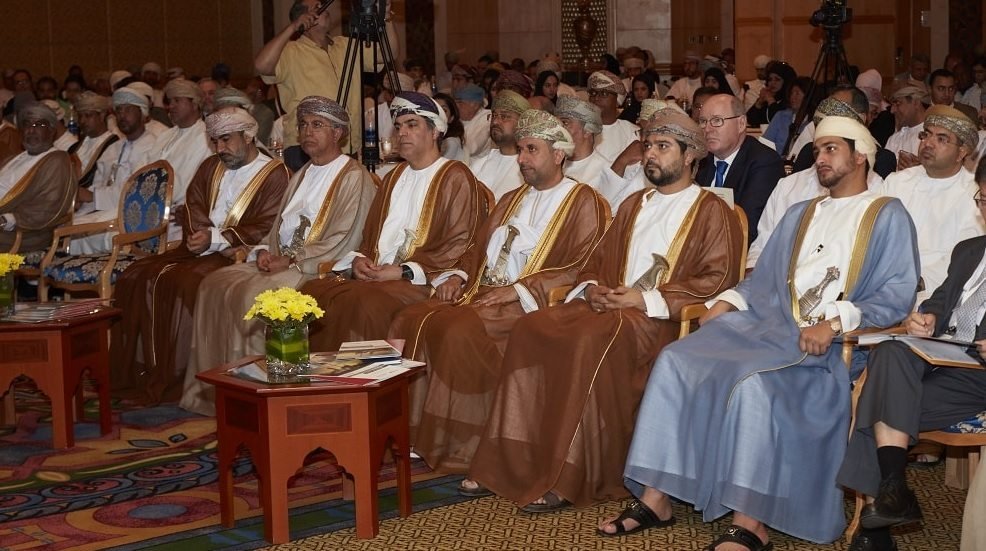 Oman Free and Economic Zones Summit 2018 was opened under the auspices of Dr. Ali bin Masoud Al Sunaidy, Minister of Commerce and Industry.
The Summit reviewed the Sultanate’s experience in the management of free and economic zones, as well as industrial estates. It also reviewed the available investment opportunities in the Sultanate and the role of ports and logistic services in promoting businesses at the free zones.

The Summit also covered the role of banking sector in economic diversification. While delivering the keynote speech, the Minister of Commerce and Industry said that the Summit aims at enhancing the role of economic and free zones, as well as industrial estates in the Sultanate.

He added that the Summit comes at a time the government is enhancing the importance of industrial sector and promoting development and expansion programs for the free zones, port, airports and gas exploration projects. The industry sector is one of the five targeted sectors at the 9th five-year plan and also a communication link between Oman Vision 2020 and Oman Vision 2040, which is underway.

He said that the panel discussions will focus on the economic diversification, the role of the special economic zone in Duqm and the other free zones in Salalah, Sohar and Al Mazyounah. It will also explore the incentives provided by the other industrial estates in the various governorates in the Sultanate to attract local and foreign investments.

He noted that special economic zone in Duqm and the other free zones in Salalah, Sohar and Al Mazyounh as, which serve as gateways for investment, contribute to enhancing the growth and diversification of the Omani economy, increasing the GDP and generating sustainable employment opportunities.

He added that during this week, more than 70 containers are heading directly from the source country directly to Al Mazyounah Customs Department in the Governorate of Dhofar, which is now recognised at the shipping documents of more than 140 countries as a free zone with dry port .

He pointed out that the government is considering setting up another dry port in Khazayen Logistic Area in the Governorate of South Al Batinah.

On his part, Yahya bin Said Al Jabri, Chairman of the Special Economic Zone Authority in Duqm (SEZAD) said in a speech the summit shed light on the Omani three-decade long experience in the field of setting up free zones and smart cities, as well as special economic zones.

He pointed out that the Summit will highlight the success stories made by these systems till the present time and future challenges in the coming period to extract lessons and develop mechanisms on how to maximize their contribution to the GDP to achieve Oman Vision 2040.