Register to win a one year OABC membership for SME’s!

Are you an SME looking to network with all kinds of businesses, both large and small? Startup Oman will provide sponsorships for 3 SMEs to join the OABC for a full year.
Email OABC for an application before May 20th, at info@oabc.org.
*Available for SMEs with under 5 employees, generating less than 100,000 OMR per year. 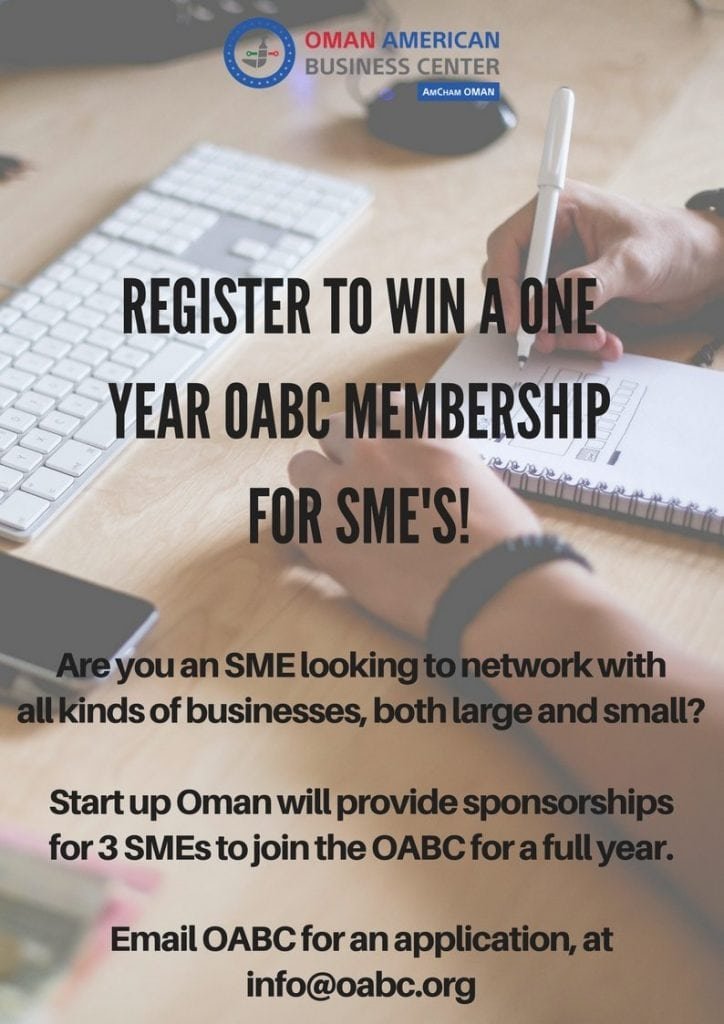 Muscat: Major tenders for building a poultry project promoted by Al Namaa Poultry SAOC will be floated after six months. The project cost is estimated at OMR100 million.

The mega poultry project, which has already signed an agreement with Semac Consultants for detailed design, plans to produce 15,000 tonnes of poultry meat per annum in the first year of operation, which will go up to 60,000 tonnes in the fifth year. The project is planned in Ibri.