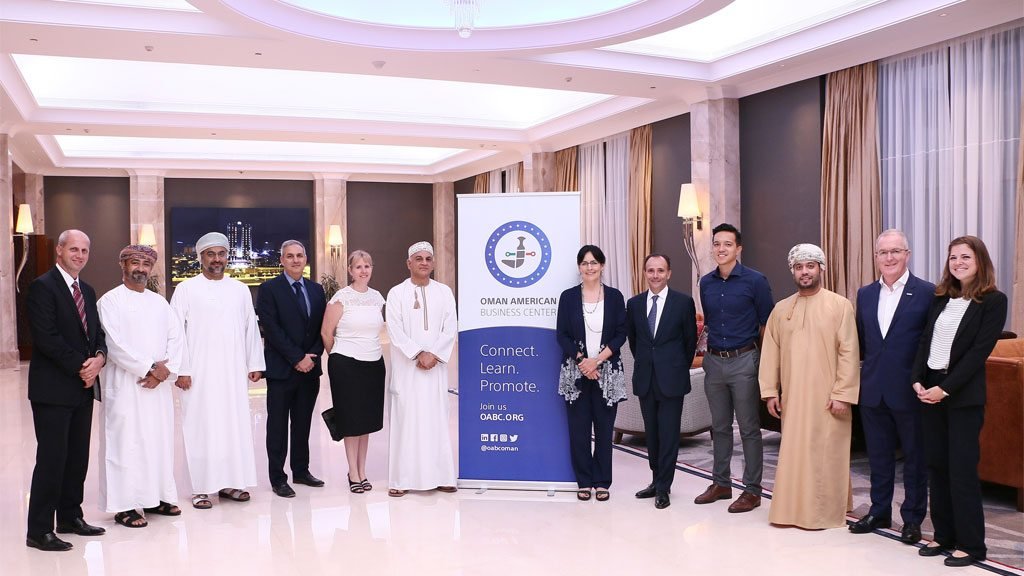 The Oman American Business Center organized its Annual General Meeting at the Sheraton Oman to review its progress over the year and provide attendees with a unique networking opportunity. Welcoming OABC members, staff and representatives from the Embassy of the United States of America,

the event was the scene of the center’s biennial elections for its Board of Directors. A host of new and returning board members were elected, including some of the Sultanate’s most accomplished private sector executives and entrepreneurs.

During the OABC’s elections, 12 members of the center were elected to serve on the board. Of the 12, four were re-elected including Ali Daud, President and CEO of Daud Sons International as well as Chairman of the OABC; Emmee Haun, Co-founder of the OABC; Fouad Eid, Vice-President of the OABC as well as Regional Vice President for Dover Artificial Lift; and Andrew Barwig, Commercial Officer at the US Embassy in Muscat. The eight thrilling new members welcomed to the Board of Directors included Ali Al Rahma, Senior Project Manager at Bank Dhofar; Firas Al Abduwani, Founder and CEO of Hussam Technology Company (HTC); Marla Valdes, Partner at Clyde & Co.’s Oman Office; Michael Tsang, Owner and Principal Consultant at Three Pillars Consulting; Paul Murphy, General Manager of Grand Hyatt Muscat; Ramzi Schurmann, an independent strategy and finance consultant; and Talal Al Subhi, Executive Director of Rohn Products International Arabia LLC.

Mr. Daud commented, saying, “The OABC continues to serve as a platform that unites members of the business community across multiple sectors with opportunities to boost ties with their American counterparts. Together, we have witnessed and helped nurture the burgeoning commercial ties that bind Oman and the USA, fulfilling our role as a gateway to better understanding, opportunities, and partnerships. We look forward to another year of success, networking and growth.”

The OABC also launched their upgraded website at the event. Its longlist of new features include a public member directory, member-only content, an online event registration service, and guidelines on how to start a business in Oman as well as the USA. Attendees were given a full overview of its many changes and benefits, learning what it offers both members and non-members with an interest in the OABC.