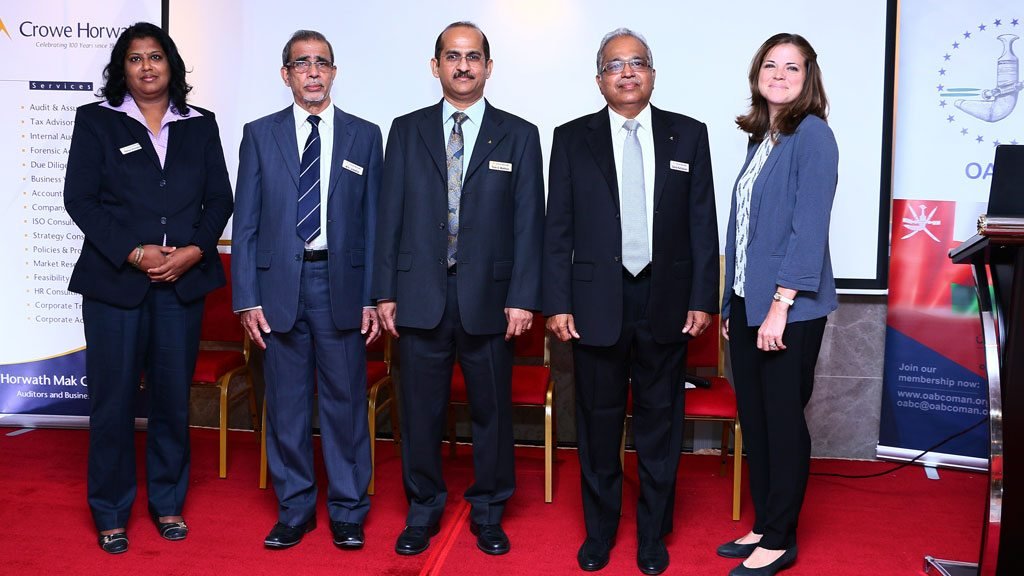 A high-level seminar on the recent changes in the Omani income tax law conducted by the Oman American Business Center in association with Crowe Horwath stressed the need for strict compliance to the provisions of the income tax law.

While addressing the gathering, Davis Kallukaran, managing partner of Crowe Horwath Oman, said; “In 1970, the population of Oman was around 725,000 and the Gross Domestic Product was at $254 million. In 2014, the population increased by six times to reach over 4.4 million and during the same period the GDP of Oman rose by 300 times to touch $81,000 million.”

“Omani crude oil was being traded at $105 on an average from 2011 to 2014. In 2015, things started to change, not only in Oman, but in all the oil dependent countries worldwide. The oil price made a roller coaster ride down to less than $40. But slowly made a slight recovery. The average oil price in 2016 was $56 and the same trend continues in 2017 as well.”

GDP fell by almost 30 per cent within a short period and the country has accumulated an almost $10 billion fiscal deficit. This was not a phenomenon for Oman alone. All the oil dependent countries and in particular the Gulf Cooperation Council (GCC) was affected.

As on December 31, 2016, the unemployment rate in Oman touched 17.5 per cent. Educating citizens, creating employment and providing healthcare are the prime responsibility of any modern government. One of the means to create employment is through infrastructure development and demonstrating the country’s tourism potential, which can attract foreign investors to set up their business in Oman. This, in turn, helps develop the economy rapidly to generate employment in both the oil and non-oil segments.

The focus of expansion, which was based on generating in-country value, needed huge investments.

Recent changes to the tax laws

The Government thought it appropriate to bring to the fold most of the businesses to contribute to the nation building process, by widening the tax net. This has been facilitated by removing the basic exemption of OMR30,000, restricting tax exemptions to only manufacturing/industrial units, increasing tax rates from 12 per cent to 15 per cent and expanding the scope of income for collection of withholding tax.

The penalties, criminal offenses and penal provisions have also been strengthened by being harsh for those who are not complying with the tax laws.

Although tax rates have been increased, the Government has shown much concern for the common public, who are engaged in micro and small businesses. Omani establishments and Omani companies, with a capital of not more than OMR 50,000 and with a turnover of not more than OMR 100,000 and employing not more than 15 employees will be charged only 3 per cent tax.

Further, if these entities are fully owned and managed by Omanis or Omani establishments and employing at least two Omanis they are zero rated and thus will not have to pay any tax at all.

Earlier Rebecca Olson, executive director of the Oman American Business Centre (OABC) welcomed the gathering. The event was conducted by OABC in association with Horwath Mak Ghazali, a member firm of Crowe Horwath, which is a top 10 global auditing and tax consulting firm headquartered in the United States. Times of Oman

Click here for the full presentation if you missed it!