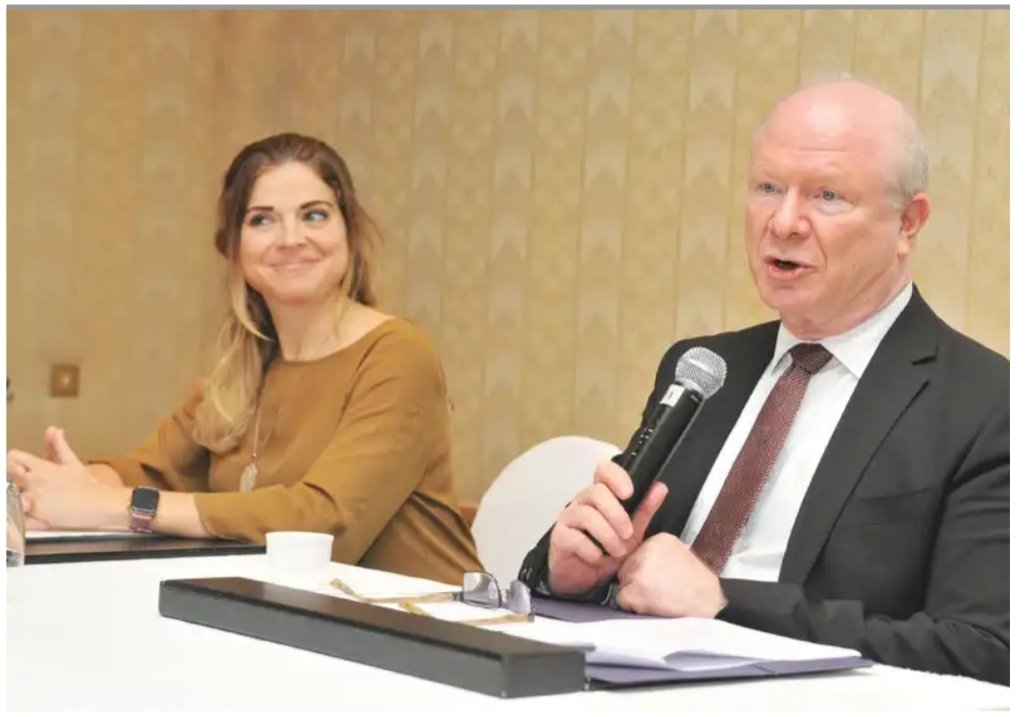 Presented by the Oman American Business Center (AmCham Oman), in partnership with the U.S. Commercial Service and U.S. Embassy

The Oman American Business Center (AmCham Oman), the U.S.
Commercial Service, and the U.S. Embassy are pleased to announce the launch of the fifth
annual Discover America campaign in Oman. The regional campaign will first launch in
Oman from October 11 to October 19, then subsequently launch in the U.A.E., Qatar,
Bahrain, and Kuwait. The campaign will feature a series of trade promotion events that
celebrate strong U.S.-Omani economic ties and showcase American businesses, technology,
food, music, and film.

This year is especially significant because it marks the ten-year anniversary of the U.S.-
Oman Free Trade Agreement (FTA), which has helped Oman more than double its exports
to the U.S. and conversely, helped lower the price of and increase access to U.S. imports in
Oman. In 2018, the FTA helped generate more than $4 billion in trade between the two
countries. The weeklong series of events kicks off on October 11 when the U.S. Air Forces Central
Command Band will perform American jazz and pop music at the Hormuz Grand Muscat
hotel and City Centre Muscat mall. To showcase American foods and products, Lulu
Hypermarkets and U.S.-branded retails stores such as Starbucks and Bath & Body Works
will offer special promotions and discounts from October 13 to October 19.

Shifting gears to trade and investment, on October 14, the Oman Chamber of Commerce and Industry
(OCCI) will host a seminar focused on utilizing the FTA. With technology playing a
prominent role in accelerating global economic development, Microsoft executives will
discuss the flagship U.S. company’s new cloud-based services in Oman, as part of a “Tech
Talk” series hosted by the AmCham Oman on October 15. AmCham Oman will also be
hosting on the same day a U.S. franchise consultant who can provide advice and
connections to investors interested in establishing a U.S franchise in Oman. The campaign
concludes with a screening of an award-winning documentary film “America’s Musical
Journey,” as narrated by Morgan Freeman, at VOX Cinema on October 16.

Throughout the week, the U.S. Embassy team, including U.S. Ambassador to Oman Marc J.
Sievers, will attend events and visit various U.S. retail outlets that are promoting the U.S.
products and brands. “The Discover America campaign provides Omanis and expat
residents an opportunity to enjoy a slice of American life and is a prime example of how
public-private partnerships can have a positive impact on strengthening our bilateral economic relationship.

The campaign was initiated as a fun and innovative way to bring
our two peoples closer together and, at the same time, to help Omanis see the increasing
interest American companies have in contributing to Oman’s future.” said Ambassador
Sievers.

AmCham Oman Executive Director Rebecca Olson also stated, “The Oman American
Business Center (AmCham Oman) is proud to support Discover America each year, and
together with the U.S. Embassy in Muscat, we take great pride in highlighting U.S.
companies, brands, technology, and business, as the official affiliate of the U.S. Chamber of
Commerce in Oman. We look forward to a week of interesting and informative events for
the public and to highlighting unique flavors, sights, and sounds of the U.S.A.”